What does Torat HaRav Kook teach us about Parshat Masei’s significance for our day? The Parsha recounts the Children of Israel’s 42 step 40 year journey from the enslavement of Egypt to the borders of Israel. They are about to cross over to inherit Israel and Moshe is beginning to share his final words with the Children of Israel.

The fulfillment of the promise made earlier to Avram is coming true: “HaShem  said to him , ‘I am the LORD who brought you out from Ur of the Chaldeans to assign this land to you as a possession….Know well that your offspring shall be strangers in a land not theirs, and they shall be enslaved and oppressed four hundred years; but I will execute judgment on the nation they shall serve, and in the end they shall go free with great wealth…And they shall return here in the fourth generation…On that day the LORD made a covenant with Abram, saying, “To your offspring I assign this land” (Breishit 15: 7,13-15,18)

The final four books of the Torah recount the fulfillment of this prophetic vision: the story of the enslavement of Israel, its freedom and connection with the Creator at Mt. Sinai and their journey through the desert towards Israel.

It is also noteworthy that the descendants of the Children of Israel experienced a similar history of exile, enslavement and are currently experiencing the return to and rebirth of Israel.

Parsha Masei describes the fulfillment of the return:

“In the steppes of Moab, at the Jordan near Jericho, the LORD spoke to Moses, saying: Speak to the Israelite people and say to them: When you cross the Jordan into the land of Canaan… you shall take possession of the land and settle in it, for I have assigned the land to you to possess. And you will inherit the land.” (BaMidbar 33: 51-54)

Why is the return and presence of the Children of Israel in Israel so critically important that the bulk of the Torah is devoted to describing this historical process? During World War One, while in Switzerland in 1915/16,  Rav Kook explained the ultimate significance of Israel:

“There are two planetary perspectives: the unifying and the separating. The unifying perspective understands that it is a mistaken and unenlightened view that thinks that all the various different parts of existence are separated. The truth of reality is that existence is a unified whole that is made up of a multitude of different unique multi-leveled and variously colored parts of the single, unified whole…

The leaders of the world’s nations and all the ‘societal geniuses’ are rooted in the separating perspective; in the imagined view that sees everything as separated…

When the separated perspective of the world dominates…materialism overpowers spirituality and bodily drives are the first order of daily life. The world is thus greatly darkened.

When the unified world perspective grows, then the spiritual longings and all the refined aspirations grow stronger. The world moves forward as is thus enlightened.

Rav Kook is explaining that the Children of Israel are returning to Israel to establish a nation that understands and lives in harmony with the unified nature of reality. This is reflected by the fact that our primary daily prayer (morning and night)-’Shma Israel’ is a constant affirmation that Our Creator is One and thus His creation is a unified reality.

It is very important for all humankind to develop the understanding that we are all part of a unified reality-made up of many different parts:

“All the defects of the world, the material and the spiritual are derived from the fact that every individual sees only the one aspect of existence that pleases them, and all other aspects that are uncomprehended by them seem to deserve purging from the world. And the thought leaves its imprint in individuals and groups, on generations and epochs, that whatever is outside one’s  own is destructive and disturbing. The result of this is a multiplication of conflict.” (Orot HaKodesh, 1:121)

Rav Kook’s understanding of the Torah makes it very clear that the return to and goal of Israel is to fix this defect and serve the process of the word’s perfection. As he says in Hazon haGeula/The Vision of Redemption:

[The ultimate goal of the return to Zion is to enable the Israelites once again is] “to bear the torch of holiness in all its purity before all the nations of the world;[to enable Judaism to bear witness to Torah in the world of] “both a political Torah that would foster peace and freedom…and a religious Torah enlightened by the knowledge of Divine truth and the love of God’s ways in the life of the individual and society.” (Hazon HaGeula, 178, 202)

May our return to Israel light  the  worldwide torch of pure holiness. May we merit to illuminate a Torah understanding that will foster peace and freedom. May the knowledge of Divine truth and the love of all creation fill our lives and experience.

“All of life’s endeavors must be directed to disclose the light of the higher general harmony.”

END_OF_DOCUMENT_TOKEN_TO_BE_REPLACED 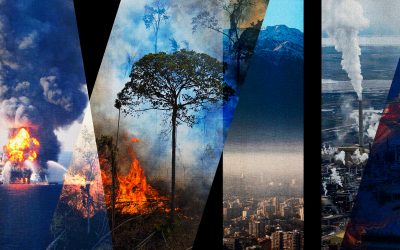 END_OF_DOCUMENT_TOKEN_TO_BE_REPLACED

“Our nation will be built and established. It will return to its strength, to all its foundations of life through its faithfulness and reverence. [Israel’s] exalted Godly sanctification will expand, become courageous, perfect and grow strong….The hidden secret will become clear to all the nations and kingdoms that the world’s future depends on the revival of the community of Israel.”