Parshat VaYechi concludes the Book of Genesis as it describes Yaakov/Israel calling  his children together to tell them what will happen to them ‘at the end of days’. Rashi explains that at this point the Shechina/Divine Presence ‘left him and he spoke to them of other things.’

Rabbi Avraham Yitzchak HaCohen Kook ZT’L arrived in Israel in 1904 and explained to Israel that we are now actively in the ‘end of days’ process. Unlike Yaakov/Israel, Rav Kook elaborated at length about the nature of this extraordinary process.

Let us review a few of his many teachings about the rebirth of Israel in these ‘end of days’. These passages were written in Yaffo between 1910 and 1913 when there were approximately 90,000 Jews in Palestine:

“The ideals at the core of Israel are becoming increasingly revealed. They are enlivening the spirit that is preparing to receive them in their full power. These ideals are demanding that many vessels be prepared in order for them to be realized. They require healthy souls in a fresh generation that is dwelling on its land and girded with the might of the salvation of HaShem’s right hand.”  (Notebook 1:15)

“The Mikdash/Holy Sanctuary, prophecy, and Malchut/ Sovereignty, and all of their activities are sending their beams to us, their light that is seeded in the land of life.

These rays are reaching us; waves of their light are beating  upon our eyelids, which have been closed throughout the entire course of the time of exile, and thus fragmenting everything.

We are called upon to prepare for the light, to know what we are and what our purpose is, and to know what our soul, with all of its strength, demands of us.” (Ibid, 1:16)

“A small remnant of something great is more precious and elevated than something that is complete and small. A single spark from the illumination of our ancestors, from their holiness and Divinely elevated great power is lighting up these ‘end of days’. It is restoring Israel forever and with it the entire world…

‘Be strong, do not fear’. (Isaiah 35:4) The Messianic light is shining, eternal redemption is appearing through all the cracks. From the darkness of evil and ugly heresy…will certainly come the higher light that will broadly establish the base of Israel…This will shine light on all the darknesses… Only חסדי אבות- the compassion of our ancestors will remain.” (Ibid 1:776)

“We are now close to the time of our redemption, ‘the voice of the turtledove is being heard in our land’ (Song of Song 2:12), ‘the blossoms are appearing in the land’ (Ibid).

“After all the many deficiencies that we experienced…we are being born anew. From the lowest levels we are once again being formed as in days of old. All our spiritual possessions of the past are being swallowed in their core and emerging with new faces. They may be very small in quantity but in quality they are exceedingly fresh and ready for great growth, full of surging life.

We are called to a new future, full of the highest illumination, to a  new era that will surpass in strength all the great eras that preceded it.

The entire People believes that there will be no more exile after the redemption that is currently beginning. This profound belief is itself the secret of our existence, the mystery of HaShem revealed in our historical process.” (Ibid 2:272)

“We can sense and feel the character of the redemption that is approaching in the inwardness of the Community of Israel.

The nation is developing with all its powers, it is expanding its spirit, nature and essence….

We, the current children of Yaakov/Israel, are blessed to be reading these prophetic words as they are actively occurring in so many ways. The process is not yet complete. Rav Kook ZT”L emphasized through his teachings and actions that it is our responsibility, holy privilege and destiny to actively and consciously help bring the Divine Will for a world of complete good to its full manifestation. 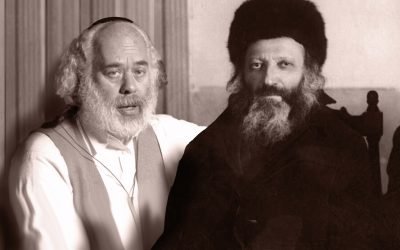 “Rabbi Shlomo Carlebach was perhaps  the most profound exemplar of Rav Kook’s teachings in our time.”

END_OF_DOCUMENT_TOKEN_TO_BE_REPLACED

“We must bring humankind out of its physical and spiritual suffering to a life of freedom full of splendor and delight.”

END_OF_DOCUMENT_TOKEN_TO_BE_REPLACED

RAV KOOK ON LECH LECHA: THE UNIVERSAL AVRAHAM AND ISRAEL

“The children of Avraham must give voice to the the vast realm of the divine calling to existence to become illuminated.” Rav Kook ZT’L

END_OF_DOCUMENT_TOKEN_TO_BE_REPLACED

RAV KOOK ON NOACH: HOW TO BE A COMPLETE TZADIK IN OUR GENERATION

“Noach was the complete tzadik of his generation because he fully integrated his emotions and intellect and was thus able to walk with Elohim.”

END_OF_DOCUMENT_TOKEN_TO_BE_REPLACED

“On the holy day of Yom HaKippurim- we eat and drink from our holy inner voices of understanding.”