Thus the Torah begins to chronicle an extraordinary series of events that lead to Yosef alone and forgotten in the Pharaoh’s prison in Mitzrayim-The Land of the Narrow Straits.

A brief review of the dizzying events in the parsha: It begins by describing Yaakov’s special love for the child of his old age, Yosef and the coat of many colors that Yaakov gifts him with. The resultant brothers’ hatred then intensifies with Yosef’s dreams. Yosef is then sent by Yaakov to report on his brothers. A random meeting with a stranger leads him to them. They plot to kill him but Reuven saves him from that fate, leaving him to die in an empty pit. Yehuda convinces them to sell him to the passing caravan of Ishmaelites. The ten brothers then collectively lie to Yaakov about Yosef’s fate and he enters a state of deep and constant mourning.

Yehuda goes to shear his sheep and Tamar his daughter-in-law tricks him into having sexual intercourse with her by disguising herself as a prostitute.

Yosef is sold to Potiphar and finds great favor in his eyes as he becomes his main assistant. Yosef’s righteous resistance to Potiphar’s wife’s advances leads to him being thrown in jail by her slander. In jail he accurately interprets the dreams of Pharaoh’s cupbearer (restored to his post) and baker (hung).

And at the very end of the parsha we are told that :“The chief cupbearer did not think of Yosef; he forgot him.” (Breishit 40:23)

Rav Avraham Yitzchak HaCohen Kook ZT’L explains to us that there is something very significant for us to learn from this disturbing and circuitous series of events:

“We must recognize and conclude through logical investigation and experience that Divine Providence also acts through the seemingly insignificant activities that we think are simply circumstantial….We must understand that the Hand of HaShem is always in control directing us to an elevated purpose and the highest good.

We must see that all the complications in our ancestors’ behavior and all the small matters and events that occurred became tools to prepare for the eventual exodus from Egypt and establishment of the Kingdom Of David. (Olat Rayah 1:306)

Rav Kook is pointing out that Yosef’s enslavement in Egypt led to the descent, enslavement and eventual liberation of Israel and the fulfillment of the earlier promise to Avraham: “Know that your descendants will be foreigners in a land that is not theirs….They will be enslaved and oppressed…They will then leave with great wealth…To your descendants I have given this land.” (Breishit 15: 13,14,18)

He is also referring to the fact that Perez, Tamar’s child with Yehuda, became the ancestor of King David.

As he continues: “The matter of Yosef’s  multi-colored coat, Yehuda’s going to shear his sheep, the dreams of Pharaoh, the cupbearer and the baker are all proofs of Yirmiyahu’s prophecy: “Know that all the thoughts that I think of you, declares YHVH are thoughts of ‘shalom-peace/wellbeing’ and not ‘raah-evil’- in order to give you a hopeful future.  (Yirmiyahu 29:11)”

The Torah is inviting us to reflect on the ways of higher providence by seeing that events that seem, at the time of their occurrence to be  purposeless and unrelated, actually have an exalted significance.

And  the greatness of HaShem is that not only the elevated events, that we can clearly perceive as related to Divine Action, are significant.

The matters that seem irrelevant; the behaviors that seem strange; the actions that emerge from personal choices that are sometimes stubborn or arbitrary- these are also Divine matters that serve a higher purpose. All of them are part of the system of providence by which the Highest Hand brings about the highest good.

When we recognize that even the most distant and seemingly unrelated actions and events are part of the precise ‘Hashgacha Elyona-Divine Providence’, then we can see how all the events of life are related to the rivers of activity that lead to the great ocean of the highest Divine purpose….

When we experience the final goal, we will see how all the many factors lined up in order to bring it about. How great is the Divine Hand that acts over the expanse of time and place to bring about the highest purpose.

We will then recognize the Divine Greatness and Compassion by which all was prepared for the creation’s highest good. ….We will realize that in actuality there is no ‘ikar-primary’ and ‘tafel-secondary’.” (Olat HaRaya 1:307)

All is part of the Divine creation and participating in the ultimate unfolding of the good.

“A unified understanding- that encompasses all the events of life- brings us to the level of comprehension known as ‘ruach hakodesh-sanctified spirit’. The soul is elevated beyond the particular concepts and recognizes the supernal force that underlies all life.” (Ibid 1: 307,308)

We are very blessed when we realize that all existence and its multitudinous events, good and bad, are part of the river of life that is leading to the ocean of Divine Light and Goodness.

END_OF_DOCUMENT_TOKEN_TO_BE_REPLACED 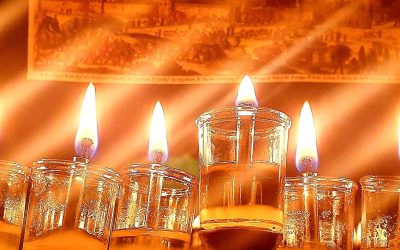 END_OF_DOCUMENT_TOKEN_TO_BE_REPLACED

“We must  become powerfully heroic forces to ensure that kindness rules the world.” Rav Kook TZ’L